How did I end up coaching people on how to talk effectively to crowds?I have found what I love to do and what I am really good at in one place. It’s simple as that.
I joined all the “dots” that have appeared throughout my life just like Steve Jobs did in one of the best commencement speeches at Stanford University I have ever heard. Next, I was encouraged by people who wanted to listen to me and see me on stage. Here are my own “dots” that have led me up onto the stage:

Dot 1: foreign languages. I’ve been bilingual nearly all my life. I attended West Lafayette Elementary School in Indiana, USA. Until today I can see very clearly how my mom taught me my first English words “yes” and “no” on the plane. Back in Poland, I participated in various English language contests. Later on, I graduated from the English Philology Department of the University of Wrocław, Poland. I added a postgraduate on Polish-English translations to that. In the meantime, I studied for three years at the University of Barcelona in Spain the English and Spanish languages. 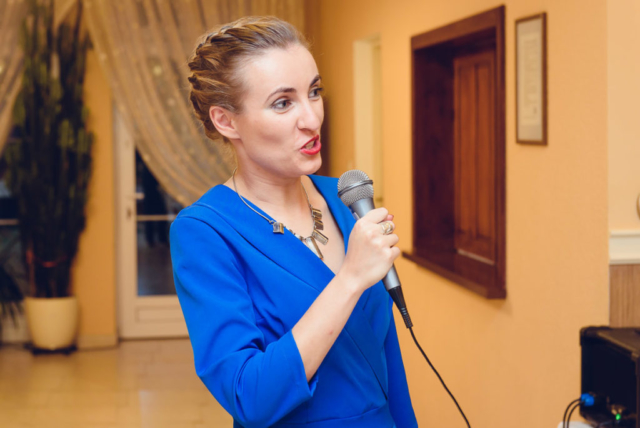 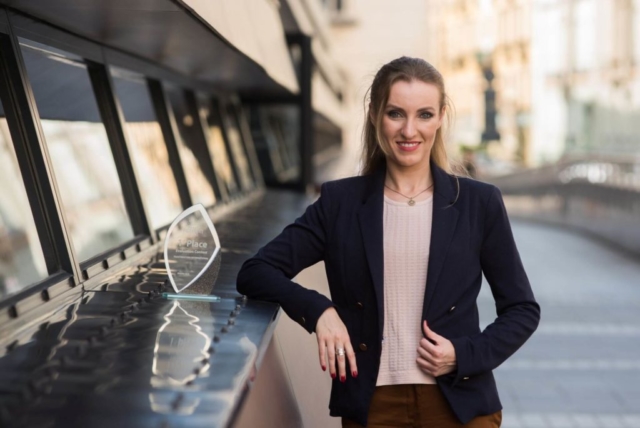 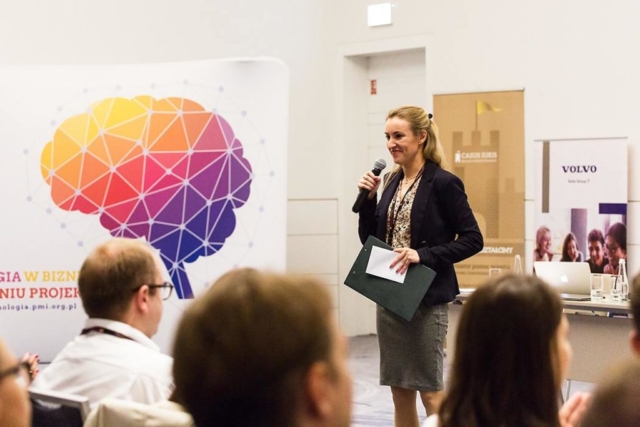 Dot 2: the stage. It all started with reciting poems in elementary school both in Polish and English. I liked it and I was recognized for it. Not long afterward, I scored an A for playing the role of a football fan during art classes. I was recognized again. It seemed that the stage was a calling as at university I joined a Shakespeare Theatre Group that gave me the roles of Ophelia, a monk, and a pimp (in the same play these two roles😉played out in Old Shakespearean English. I even attended theatre class for a year at a local school for culture animators.

Dot 3: communication. On the search for new opportunities, I completed a basic course on journalism in my local branch of national TV “TVP”. Right after the course, I took up the job of a radio reporter. It was a short adventure. More time and dedication I spent on the only English-speaking radio online radiowroclove.com. My job there was to cover all the art and culture news as a reporter and radio presenter. I started cooperating with another cultural magazine PIK at that time and conducting interviews with artists, musicians, and all sorts of performers.

Dot 4: the voice. I hadn’t the slightest idea that my voice was anything but average until the first vocal lesson at my theatre class. Later on, I met a stranger in the elevator saying „What a nice voice you have. You must be working for the radio.” Eventually, I decided to develop my vocal skills in one of the city’s music centers. Some years later, I completed 3 levels of a course for voice-over artists. I got some voice jobs and here I am today taking care of my client’s pleasant voice.

Dots interface: public speaking. I was invited by a friend to join a meeting at the local public speaking club of Toastmasters. I went there, took part in a contest, won it the first time, and a few years later I became one of the most experienced speakers in the club, city, Poland, and district comprising of 5 countries when I won the Championship in Evaluation in 2019 of District 108. Finally, in 2015 I joined all my meaningful life dots in one place at the same time and I opened up my own public speaking company WeDo Academy. Now, as a professional after multiple courses and training, I teach others how to speak in front of crowds, I host events and I rent my voice to companies. And this is just the beginning of a new episode and another constellation of life dots to come… 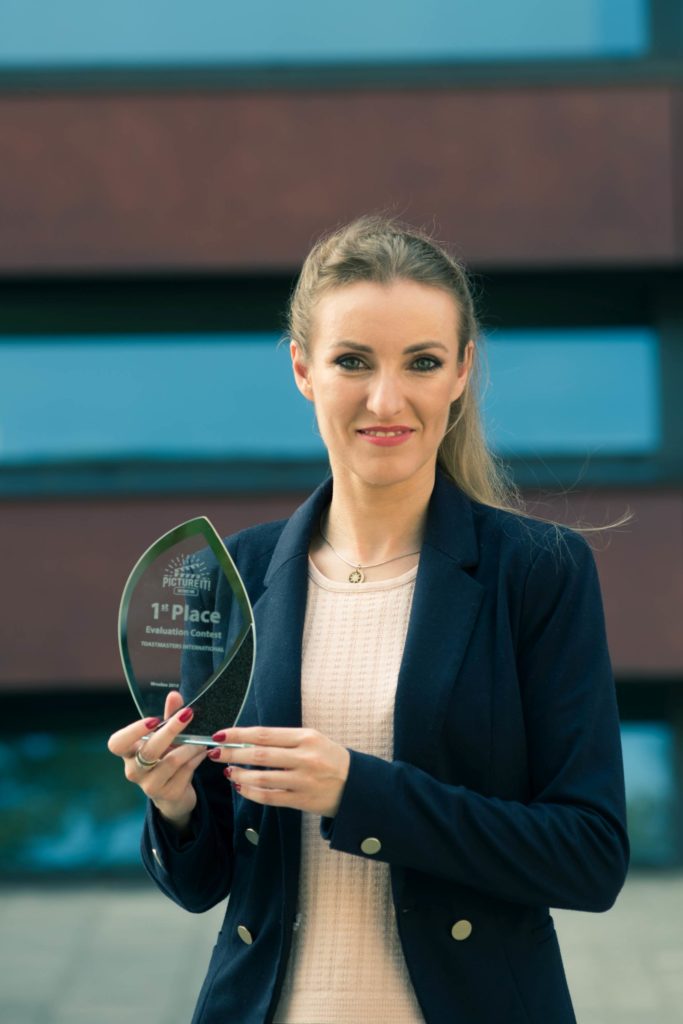 in Toastmasters International 2019 including